Texts and analytical exercises in this textbook are based on the best self-teaching practices and turn the Chinese language learning into the everlasting chain of the greatest pleasure! From now on any kind of e-mail marketing correspondence in the Chinese language will be a great pleasure for you, both reading and writing!

Your outstanding knowledge how to write marketing letters push you forward to the frontline of the super-experienced and the most precious office employees. 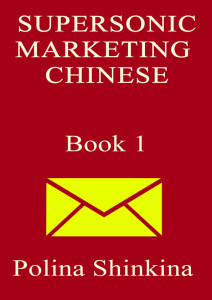 I was surfing to find some template that could help in MLA citation style. Fortunately I found one. I missed the link, so am pasting the contents as under. This might be of some help to others.

<Name and Section # of course>

Insert Full Title of the Assignment

From here you start off the assignment and each paragraph is indented by pressing a simple tab key when starting a new paragraph.

Guess what is the noticeable difference? You just noticed! Headings are also indented and underlined simultaneously. Do not have any formatting in the paper such as having any text bold or italics.

There is no gap between the paragraphs. The most important part is the in text citations which uses Author, Page style where citations are listed by author(s) last name and page number range. If you’ve completely rephrased something you took from a source then you should cite like this (Haris, 21).

Do not bold, italicize or underline the subheading.

Next page is the referencing page that is here known as works cited. Please note that references should be in alphabetical order with books coming first, followed by websites. Try placing as many books as you can. Notice that the references have hanging indents from the second line onwards and are not numbered.

A Magazine or Newspaper Article

This is being marketed towards college students but all you need is a valid .edu email address, so teachers and alumni might be able to benefit from this too (though the Terms of Service does say they have the right to ask for proof that you are a current student).

I apologize if you have already heard about this amazing deal. I just want to help spread the word on this before they stop offering it. I am not an employee of Amazon, nor do I gain anything from people signing up for this service.

So, this may not be the best place to post this, but no one seems to use this community anymore, and same-gender marriage does affect about 10% of people living in NJ.

I've been working with Garden State Equality for same-gender marriage equality in New Jersey since I graduated Drew last May. We've motivated thousands of people across the state as well as in Philadelphia and New York City to join us in this fight. Last year, a bi-partisan, state-run commission found that civil unions do not give the same rights and privileges as marriage in NJ. Imagine wanting to see your loved one in the hospital and being denied! Or having to carry your civil union papers with you whenever you travel out of state...

Unfortunately, anti-equality advocates have been ramping up the pressure on the legislators. They are collecting thousands of signatures after Church services across the state and motivating social conservatives to vote against equal rights. We know that a majority of New Jerseyans do support marriage equality - we just need to make our voices heard!

The NJ State Legislature will be voting on this issue this November/December!

NJ LGBT organizations need help NOW. In another few weeks, it'll be too late. If we lose this chance at marriage equality, it could be another 8 years until we can try again. See www.GardenStateEquality.org for more information on how you can help out. Don't miss out on this historic fight!

FREE AND OPEN TO THE PUBLIC

Judy Shepard is the mother of Matthew Shepard, a 21-year old who was murdered for being gay. Since that time, Judy has led a massive campaign towards ending discrimination based on sexual orientation and gender identity.

Refreshments will be served.

So it's free, informative, and there's FOOD. What more could you want?

Individuals needing special assistance should contact the Office of Housing, Conference and Hospitality at 973-408-3103 at least five working days prior to the event in order to insure appropriate arrangements.

Then come on up to Drew University!

THIS EVENT IS FREE AND OPEN TO THE PUBLIC. No tickets required.


Hosted by the Drew University Alliance and Women's Concerns House.

More info:
Judy Shepard is the mother of Matthew Shepard, a 21-year old gay man who was brutally murdered due to his sexual orientation. Since that time, Judy has led a massive campaign towards ending discrimination based on sexual orientation and gender identity. As of this moment, she is probably one of the best known queer activist of our time, and has spoken for the Human Rights Campaign and Garden State Equality.

After travel expenses, her fee goes to The Matthew Shepard Foundation, an organization that provides resources and support for schools wishing to perform the Laramie Project, fights for the passage of the Matthew Shepard Act (which would add sexual orientation, gender, gender identity, and disability to national hate crime laws), and helps support queer and questioning youth.

Drew has seen an increase in hate related activity, especially various forms of harassment in the past year. Judy will be able to bring attention to this problem as well as bolster the support and solidarity between the straight and queer communities.


Speech Topic: The Legacy of Matthew Shepard
Speaking from a mother’s perspective, diversity speaker Judy Shepard has made the prevention of hate crimes the focus of her efforts, and urges her audiences to make their schools and communities safer for everyone, regardless of their race, sex, religion, or gender identity and/or expression.

Does anyone have any information regarding the alleged Eve 6 concert at Drew on September 6? I saw it on their myspace the other day, but I went to look for it tonight, and it's gone! It's still listed as an event on Facebook, but I don't know which is right. I LOVE Eve 6, and i haven't seen them live in YEARS! I hope the myspace omission is the mistake.

Also, I can't remember...concerts are open to anyone, not just current students, right? I'm an alumna.

If it's still happening and open to the public, can anyone direct me how/where to get tickets? Thanks. :)
Collapse